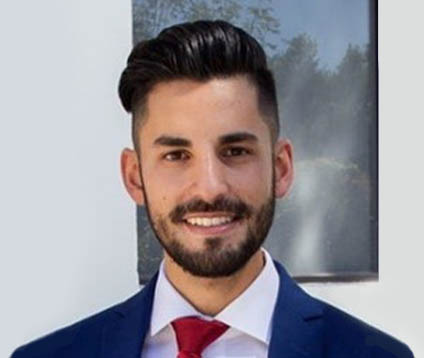 Technical advisor, program for the Consolidation and Scaling up of the Dual System of Vocational Education and Training (VET), German Cooperation for Sustainable Development (GIZ), Mexico

The COVID-19 Pandemic and the Dual Vocational Education and Training System in Mexico: main impacts and opportunities for resilience.

Alfonso Figueroa Saldaña studied International Relations at the Benemérita Universidad Autónoma de Puebla (BUAP). He graduated with honors with his thesis "The Process of Institutionalization of the Mexican Dual Training Model: International Educational Cooperation and German Soft Power, 2013-2018". As part of his academic education, Mr. Figueroa completed his studies at the Ludwig-Maximilians Universität München and has also been involved in digitization topics for the improvement of project monitoring and evaluation.

Since 2019 he works as a technical advisor in the program for the Consolidation and Scaling up of the Dual System of Vocational Education and Training (VET) at the German Cooperation for Sustainable Development (GIZ) in Mexico. His professional experience includes his work as a columnist analyzing Mexican-German relations ("Jetzt bitte mal auf deutsch!"), as well as a collaboration in the Mexican Embassy in Germany, in the department for Technical, Scientific and Educational Cooperation, and in the department for Political Affairs.

During his time at GIZ, Mr. Figueroa has developed seven projects, both with educational institutions and the private sector, with a focus on the dual system. For Mr. Figueroa, the dual VET system should be encouraged in Latin America to strengthen the relationship and co-responsibility between public and private stakeholders for the benefit of young people. 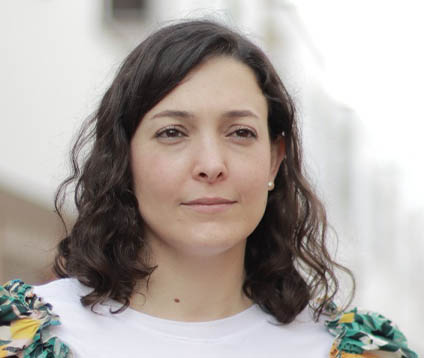 Current Secretary of Education of Palmira, Colombia. Dr. Ana Bolena holds a PhD in Business Management from the University of Valencia. She was director of the Quality Direction for Pre-primary, Basic and Middle Education (Dirección de Calidad para la Educación Preescolar, Básica y Media) of the Colombian Ministry of Education. She was also director of the Universidad Icesi de Cali’s Economics and International Business and Economics programs. 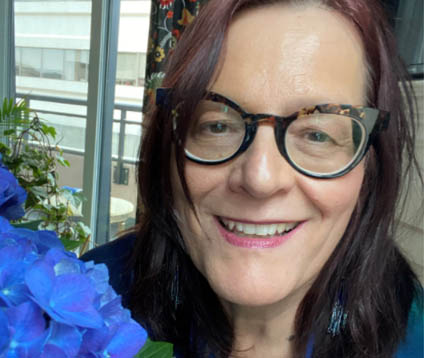 Angela Wilm enjoys her role as an instructor in the Canadian context of post-secondary education. Angela has developed numerous courses at two Alberta colleges in community studies. Most recently, Angela utilized a competency based curriculum framework to develop a Disability studies utilizing her expertise in exceptional development and Autism Spectrum Disorders. Angela has worked with students with disabilities integrating the students into workplace settings and vocational education. Angela has participated in international projects in Belize and Tanzania. 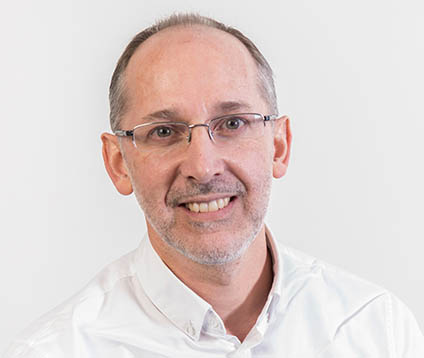 Current executive director of Upskills, where he directs programs aimed at facilitating the transition of human capital from productive sectors to an automated and digitized economy. He is a sociologist, and holds a Master’s Degree in Business Administration from the Loyola College University. He has specialized in strategic human capital management (William Davison Institute & Ross School of business, University of Michigan) and is a certified trainer from the Managing Innovation Program (Center for Research in Innovation Management CENTRIM, United Kingdom). He worked for 20 years in the Chile Foundation as the executive director of Future of Work (Futuro del Trabajo), where he was in charge of emblematic programs such as the Council of Mining Competencies, Talent Veins (Vetas de Talento) and Digital Talent for Chile. He is a professor at the Master’s Degree in Organizational Development and Strategic Management of People at the Universidad Diego Portales in Chile. 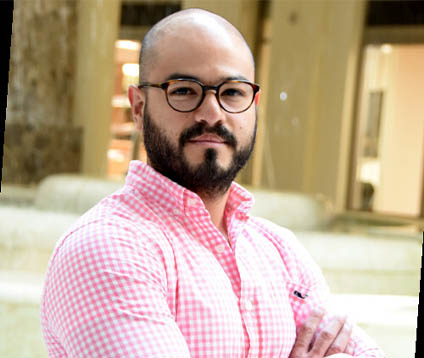 Fernando Pavón is an operations specialist in the Labor Markets Division of the Inter-American Development Bank, based in Mexico City. His work focuses on supporting productive sectors by developing and implementing worker training strategies (upskilling & reskilling strategies) for their digital transformation processes. Previously, he was based in Jamaica, where he led the division’s portfolio in the Caribbean by designing and implementing projects directly related to industries, such as global services, maritime/logistics, medical services, and digital skills. He also worked on digitizing the Caribbean regional certification framework with the use of blockchain. 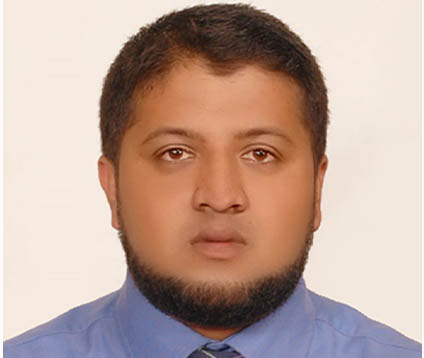 I am Firthouse Hassan Ahamed Amjad. I belong to Sri Lanka Technical Education Service. I am working at a Government Technical College which comes under the purview of the Department of Technical Education and Training under the Ministry of Skills Development, Vocational Education, Research and Innovation. . I have nearly 15 years of teaching experience. 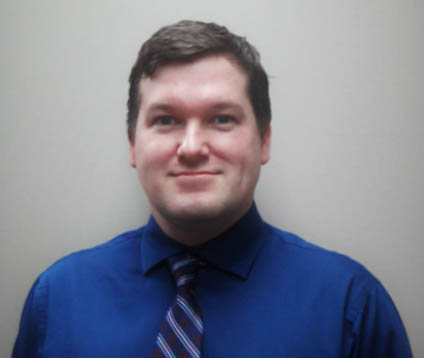 Jeff Patry is a Counsellor at College of the North Atlantic (CNA), where he is Team Lead of the Counselling Services division. He has spent his entire career working in a rural education setting, as a teacher and counsellor, supporting students with mental health challenges, exceptionalities and overcoming barriers to their education. While part of the International Team at CNA, Jeff has worked on a number of projects in Asia and the Caribbean. He has collaborated with educational institutions to identify student services capacity gaps and overcome them with divergent thinking and positive psychology. In his free time Jeff enjoys travelling and cooking. 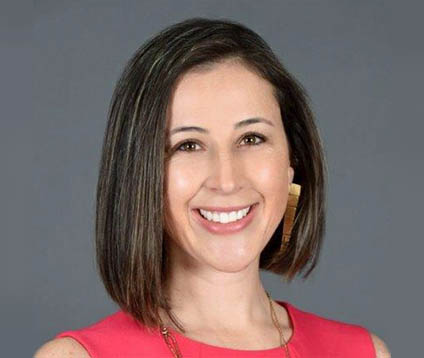 Dr. Maria Fernanda is an education specialist in the Education Division of the Inter-American Development Bank. She directs and collaborates in research and operational projects related to education and employability in the digital age, technical education, and skills development. Before joining the Education Division, she worked in the bank's Labor Markets and Social Security Division. She has also worked in the Research Departments of the IDB and the World Bank, and in the Center for Studies on Economic Development of the Universidad de Los Andes in Bogotá, Colombia. Dr. Maria Fernanda holds a Master's Degree in Economics from the Universidad de los Andes and a PhD in Economics from the University of Maryland. 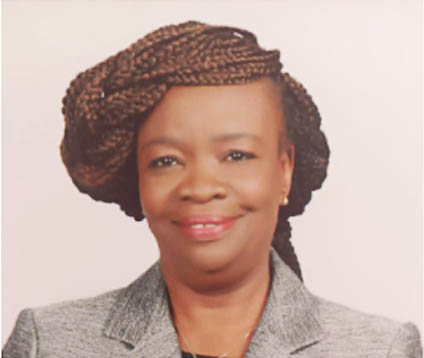 Martha Luisa Corbett-Baugh is now a retired Senior Education Officer for Foreign Languages (Spanish and French) in the Ministry of Education, Jamaica, since February 3, 2018. Rehired since September 3, 2018 for two years to continue supporting the Foreign Languages Curriculum Implementation in Jamaica. Her main professional goal is to make her best contribution to quality teaching and learning of foreign languages (Spanish-English-French) by training, supervising and implementing the best teaching practices. She has led several teams to develop our first National Primary Spanish Curriculum under a CARICOM Mandate, the first French Secondary Curriculum, and the First Cosmetology Bilingual Curriculum for HEART, among others.

Ms. Baugh has over 40 years of experience, working as a translator-interpreter for government ministries and for the OAS, UNESCO, UN, UNICEF, among others. She has participated in many International Conferences as a bi-lingual interpreter (E.G. Dec 2008 – Jamaica-Inter-American Commission on Human Rights, April 6-7, 2009-UNESCO’s International Conference on the Biosphere). She has translated many official documents for the Ministry of Education, Embassies, UNESCO and UNFPA, Banks, etc., and has also represented the Ministry of Education as Officer-Interpreter- translator in several international missions to Mexico, Venezuela, Colombia, Cuba and Panama.

Other professional and academic tasks included her contribution as a book writer, as part of a Caribbean Team of Consultants, “A Volar”; book editor for other publications and serving as a multilingual consultant to several programs: 13 Spanish segments on “Smile Jamaica” 2013-2014; First Intensive Russian and Spanish Training for Tourism Workers, 2013-2014. Ms. Baugh was granted an OAS Scholarship in 2009, at the age of 51.She also received an Order of Civil Merit from the King of Spain, FELIPE VI, in 2014 for her work with Spanish Teaching and learning in Jamaica and a Petro-Caribe Scholarship in 2017. Recently awarded with the Prime Minister’s Medal of appreciation for Service to Education (PMMAE) National Award for Excellence in Education. 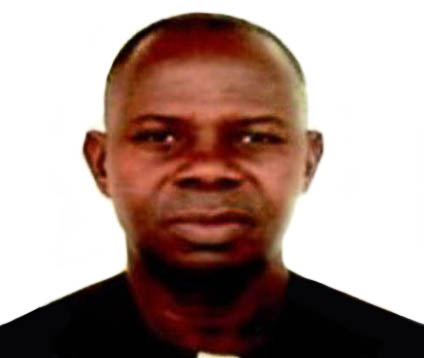 He obtained Ph.D in Building/Woodwork Technology Education from the Nnamdi Azikiwe University, Awaka, Anambra State. He has attended many conferences, within and outside the country and has over fourteen (14) publications in reputable journals, with special interest in ENTREPRENEURSHIP and TVET.

Paul Okwudilichukwu Onaga has been in the teaching profession for over thirteen years. He is currently the HOD Technical Education of the institution. At Present he is also a research student of Ebonyi State University Abakaliki and has to his credit over thirty published local and international journal articles. He has a wide range of experience in TVET. In his PhD work, has interest in entrepreneurial skills in his core area – woodwork technology education. Paul O. Onaga is presenting a paper titled: ‘Impediments to Progress of Use of Virtual Teaching in Technical and Vocational Education and training (TVET) for the Digital Classroom’ in this conference. 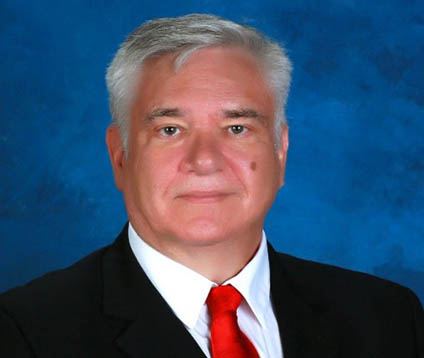 President of the Bahamas Technical and Vocational Institute; and a Visiting Professor with the Faculty of Economics, University of Ljubljana, Slovenia.

Dr. Robert W. Robertson holds graduate degrees from institutions in Canada, the United States and the United Kingdom including a Doctorate in Management and Organization (University of Stirling) and a Post Graduate Diploma in International Development (London School of Economics). Dr. Robertson has published more than fifty peer reviewed articles and books. His research areas include strategic management, quality, online education, the skills gap and international development. 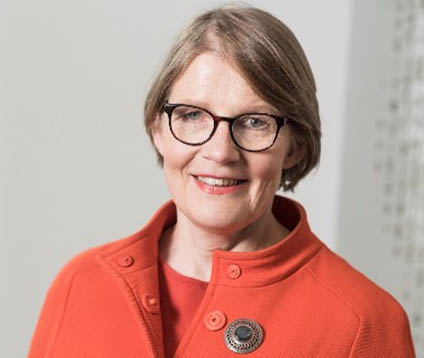 Adjunct professor Seija Mahlamäki-Kultanen is a dean in Professional Teacher Education Unit at Häme University of Applied Sciences, also the vice chair of the National Teacher Education Forum, appointed by the Minister of Education and Culture in Finland. She is interested in all types of education with a special focus on teacher development and global education. She has published more than 100 scientific and professional publications on education as well work experience in education, research and development with vocational institutions, universities and universities of applied sciences.

BACK TO THE TOP